By virtue of Presidential Decree no. 107, which has come into force on 27.12.2020, Greece closes off bays in the Ionian Sea and draws straight baselines on the coast and the Ionian islands up to Cape Tainaro in the Peloponnese. The Presidential Decree was issued pursuant to the law ratifying the 1982 UN Convention on the Law of the Sea, widely known as Montego Bay Convention. This forms part of the process of extending Greece’s territorial waters to 12 nautical miles in the Ionian Sea.

According the said Presidential Decree, the waters enclosed by the coastline of the bays and the straight lines connecting the natural points of the bays’ entry, as defined in Article 2.1, constitute inland waters. Amongst other significant changes, of great importance is that the Messinian Bay (above the yellow line, as shown in the below chart) is here onwards considered as inland waters. 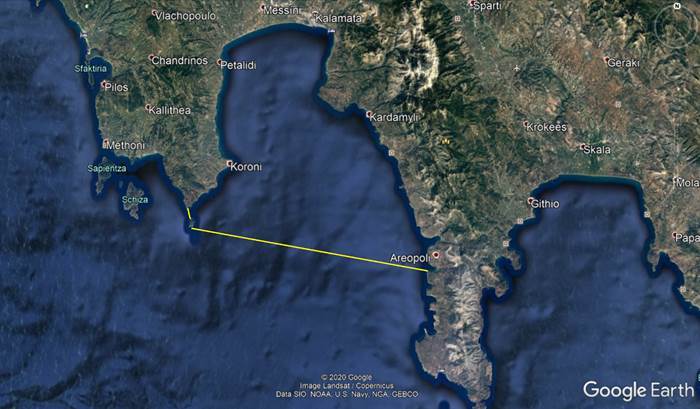