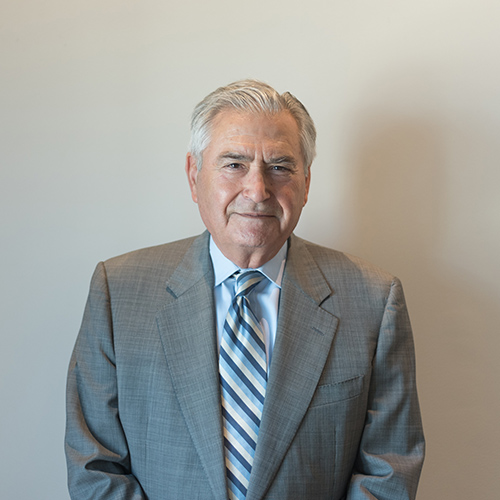 George established Kalimbassieris Maritime in Piraeus in 1979 and spent more than 30 years with the company, leading the company and dealing with the most complex casualty and consultancy cases. The company is imbued with his trademark qualities of integrity and attention to detail.

He began his career as a marine engineer with the ex-Hellenic Royal Navy. After serving for 12 years, he was appointed as resident superintendent of a 7-year newbuilding program in Japan for Global Chartering and Brokering. After a stint in London, he returned to Greece and held positions as superintendent and technical manager for several Greek shipping companies. He later held managerial positions in a number of major shipping operations, including managing director of Venizelos Shipping and Salamis Shipyards, as well as repair manager of Elefsis Shipyards during the height of its operation.